Bala Mohammed, governor of Bauchi state, says zoning the presidential ticket of the Peoples Democratic Party (PDP) may cause some region... 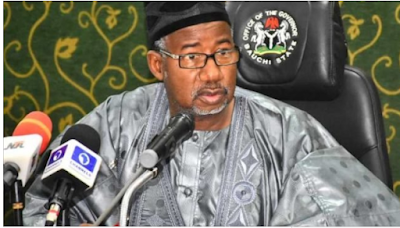 Bala Mohammed, governor of Bauchi state, says zoning the presidential ticket of the Peoples Democratic Party (PDP) may cause some regions to feel excluded during the 2023 general election.

Speaking during a Channels Television programme on Thursday, Mohammed maintained that the party would provide a level-playing field for all candidates, and encourage a merit-based process.

He also spoke on the loss of the party during the 2015 election, stating that it was due to lack of internal democracy.

“In 2015, we lost because we were so over-confident and there was too much internal wrangling. We lost in the north, even in the states where we had comparative advantage, because of the wrangling that particularly came out of our lack of internal democracy,” he said.

“And that is why today, we are saying that we have seen some zones that have not had a shot at the presidency for a long time — the south-east and the north-east. But we’re not yet going to say that the choice of the presidential flagbearer should be left exclusively to those zones. We’ll give a level-playing field because good things are from every part of the country, and we have good hands.

“We are just saying that if we zone completely to those places, there may be some feelings of exclusion. There will be some feelings of even shortchanging Nigerians in terms of presenting the best. The merit-based leadership recruitment that we want to do, is even at the same time, looking at history.”

He also alleged that his party lost the 2019 presidential election — which was won by President Muhammadu Buhari — as a result of “manipulation”.

When asked if the party tendered evidence to the court when it challenged the result of the election, the governor said the party presented evidence but it was not accepted.

He noted that the party had moved beyond the circumstances that led to its defeat in 2019, by concentrating on preparing for the next general election.

“We do not want to be the weeping boys, we have looked inward to see what had prevented us from winning the election. We have a lot of evidence, which we tendered but was not accepted. The issue now is that we know we are all Nigerians. We know the nooks and crannies of Nigeria. We know what happened in 2019,” Mohammed said.

“We are not only looking at the other side and playing the blame game; that is the fault of this present administration. We’re also critical in ourselves, where we have some gaps, loopholes and inadequacies.”