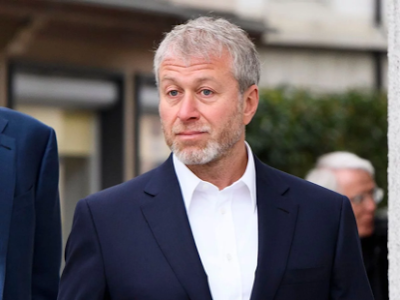 Wright, who has been disappointed by Werner’s finishing for Chelsea this season, believes Abramovich should think about replacing the Germany international with a better striker to ‘push the Blues’ to titles next season.

Werner has struggled to live up to Chelsea’s expectations following his 47.5m transfer from RB Leipzig last summer.

The 25-year-old has been a regular fixture in the first team for Chelsea but he has only managed to score just five goals and provided five assists in 28 Premier League games for Thomas Tuchel’s side so far this season.

“When you look at him (Timo Werner) and the chances he misses, no matter how low your confidence is, he shouldn’t be missing those for the calibre of striker he’s supposed to be,” Wright told The Kelly and Wrighty Show

“We know he scored a lot of goals for RB Leipzig, but even when you’re not playing well, and your confidence is low, he shouldn’t be missing them, and then you start overdoing it.

“The natural goalscorers get into that position and thinks, “thank god, this is the chance I wanted.” He misses too many of those.

“For me, they are going to have to create so many chances. Even Tammy (Abraham) at the minute is the same, he’s not as ruthless as he was. They go on spurts, but they need to be more consistent.

“I don’t think they will sell Havertz. He’s somebody who I think we have got so much to see from him. So for me, I would keep Havertz.

“But if it carries on as it is with Werner if you can get a swap deal and get someone else in, there’s no way they are not thinking about that.

“I’m thinking that now because they need to get the goalscoring situation right. They have got it right defensively and got it right in front of the defence. They have got everything there, so at some stage, they will have to make that call on the centre forward.

“I don’t think they can wait around. They need that goalscorer to push them to where they want to be.”