Real Madrid vs Barcelona: ‘I’ll be a Sevilla player until I die’ – Sergio Ramos

Real Madrid captain, Sergio Ramos, has opened up on his relationship with his former club, Sevilla. Ramos said he will always be a Sevilla p... 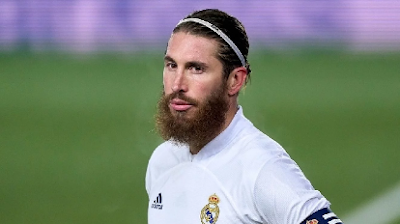 Real Madrid captain, Sergio Ramos, has opened up on his relationship with his former club, Sevilla.

Ramos said he will always be a Sevilla player until he dies.

He also admitted that he has been left emotionally pained by the fallout from his move to Real Madrid.

The 35-year-old defender swapped his boyhood club, Sevilla for Real Madrid in 2005.

Speaking ahead of Real Madrid’s LaLiga El Clasico clash with Barcelona on Saturday evening, the Spain international said in his Amazon documentary, The Legend of Sergio Ramos, that “I know what Sevilla is and how the fans feel. “Nobody can tell me because I have experienced it since I was young.

“All of the information was manipulated, and they lied to Sevilla. It was painful, not only for me but for my family. I’ll never forgive them for the pain my grandparents went through, for my parents, who cannot return to Sevilla’s stadium.

“I have made mistakes in my life, and one of the biggest was not coming out publicly to explain [the move]. I let others tell the story for me.

“My signing was fully agreed between the clubs; it wasn’t Real Madrid meeting a clause, as it was said to have been. That meant the fans didn’t give me the same affection that I have always had and always will have for the club.”

“I’d make the same decision a thousand times over, but I’d never let anyone tell the story that was told at the time,” Ramos added.

“To this day, I can always say that I have played for Sevilla and that I will always be a Sevilla player until I die, but I can also say proudly that I’m Real Madrid and Spain captain.”