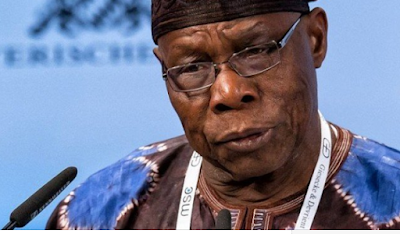 ‘Bad belle’, Nigerian slang, is synonymous with jealousy. It is used to express the resentment of a person(s) towards a thing or individual(s).

Obasanjo insinuated this on Sunday in Abeokuta, the Ogun capital, after his investiture as a trustee of the Abeokuta Club.

The Owu-born elder statesman was honoured alongside Abiola. The late philanthropist was awarded a posthumous vice-patron of the club.

“When you win a cup three times, you keep that cup. Isn’t it? If not for bad belle, Abeokuta would have produced the President of Nigeria three times, in which case we should have kept it permanently.”

Obasanjo assured of his continuous commitment to the development of the state, Nigeria, and global peace.