Femi Fani-Kayode, a former minister of aviation, claims in a Twitter post that a “ship from Nigeria has been impounded in China whilst trying to smuggle in 7,200 penises.”

The PDP chieftain also claimed that “hundreds of thousands of Nigerian penises are smuggled nto (sic) China every year."

Lastly, he claimed that “Nigeria is the worlds (sic) largest exporter of penises”, adding that “this is why kidnapping & ritual killings are rife here.”

The claims are mostly false. Legit.ng’s findings show that they are based on a story that originated on a satirical website tagged World News Daily Report (WNDR).

On Tuesday, April 13, Nigeria’s former minister of aviation, Femi Fani-Kayode, claimed in a thread of tweets that a ship carrying 7,200 penises from Nigeria was intercepted in China.

He also claimed that hundreds of thousands of Nigerian human organs are smuggled into China annually.

The former minister added that Nigeria is the world’s largest exporter of the human organ. According to him, this is why kidnapping and ritual killings are rife in Nigeria.

“A ship from Nigeria has been impounded in China whilst trying to smuggle in 7,200 penises. Hundreds of thousands of Nigerian penises are smuggled nto China every year. Nigeria is the worlds largest exporter of penises & this is why kidnapping & ritual killings are rife here."

As of Wednesday afternoon, April 14, when Legit.ng sights the tweet, it has been shared over 700 times with nearly 2,000 likes.

The former minister did not state the source of this claim. Nevertheless, a relevant keyword search conducted by Legit.ng discovers that the claim is contained in a story published by a "satirical" website named World News Daily Report (WNDR). 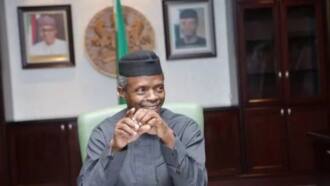 The news platform’s slogan, Legit.ng finds out on its website, is World News Daily Report, Where Facts Don’t Matter.

Also, in its “About Us” section, the World News Daily Report says it “assumes all responsibility for the satirical nature of its articles and for the fictional nature of their content.”

“All characters appearing in the articles in this website – even those based on real people – are entirely fictional and any resemblance between them and any person, living, dead or undead, is purely a miracle.”

Meanwhile, some fact-checking platforms like Boom Live and PolitiFact have described the news platform as “a known fake news website, that passes off disinformation under the guise of satirical content.”

Claim 2: Hundreds of thousands of Nigerian penises are smuggled into China every year

Like the first, Fani-Kayode also did not indicate the source of this claim. Legit.ng cannot find any verifiable available data that supports the minister’s claim. 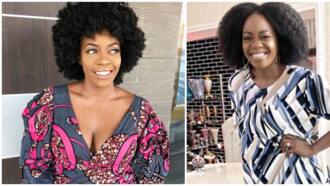 Shade Ladipo: It is not possible for Prince Philip to rest in peace, the monarchy destroyed generations

Claim 3: Nigeria is the world’s largest exporter of penises

Similarly, no verifiable available data that supports the former minister’s claim that Nigeria is the world’s largest exporter of penises were found at the time of filing this report.

For further verification, Legit.ng sent a message to Fani-Kayode via Twitter DM asking him to share the source(s) of the claims. He is yet to respond to the message.

The claims made by the former minister are mostly false as they appear to be mainly sourced from a satirical website that has openly declared that facts do not matter to it.