The ruling All Progressives Congress (APC) has reacted to the statement by the opposition Peoples Democratic Party (PDP) claiming Twitter established its African headquarters in Ghana instead of Nigeria due to alleged misrule by President Buhari-led administration.

Jack Dorsey, the CEO of the American micro-blogging and social networking service, announced the selection of Ghana as the headquarters for the company's operations in Africa, on Monday, April 12.

A statement on Twitter's blog further explained that Ghana was selected because of the West African country's support for free speech, online freedom, and the Open Internet and its recent appointment to host The Secretariat of the African Continental Free Trade Area.

Reacting to the development, Nigeria's lead opposition party, PDP, said that Nigeria deserves to host Twitter's HQ in Africa because it has more traffic on the site than Ghana.

The party further claimed that an alleged attempt to suppress free speech and inconsistent economic policies by the APC-led government made Twitter snub Nigeria.

In a series of tweets on Wednesday, April 14, sighted by Legit.ng, the APC disagreed with the PDP's statement. To counter the PDP's allegations, the ruling party highlighted some foreign/multinational companies that have set up or announced their plans to locate their offices in Nigeria. 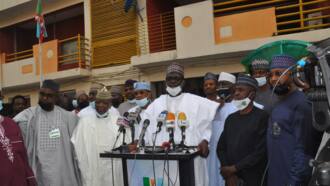 One of the companies listed by the APC is the social media giant, Facebook, which has indeed announced that it will open an office in Nigeria that will become operational in the second quarter of 2021.

The APC also mentioned Kellogg Company, a multinational cereal brand that has reportedly "invested ₦6 billion to start and complete its factory in Nigeria under the PMB/APC Administration....."

Lastly, the ruling party also mentioned a Belgium company, Anheuser-Buch InBev, that has reportedly set up a new brewery in Nigeria and recently announced that it expected its investment in the brewery to be up to $400 million.

Meanwhile, Senator Shehu Sani, a former federal lawmaker, has begged Snap Inc, the American company that owns Snapchat, a popular multimedia messaging app, to establish its office in Kaduna state when it decides to come to Africa. 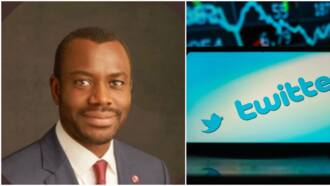 Sani made the plea in a tweet sighted by Legit.ng which he posted on Tuesday, April 13, following Twitter's announcement of Ghana as the location of its African HQ.

Senator Sani's tweet sparked some reactions as some Twitter users highlighted why Snapchat may not consider the former lawmaker's plea if at all it is interested in opening an African office.