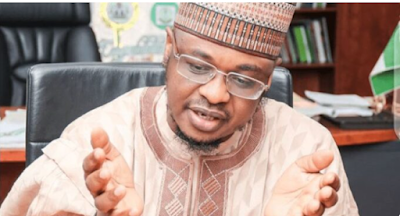 While speaking at a Ramadan lecture on Saturday, Pantami said he made comments in support of the terrorists at a time he had  little knowledge of the issues involved.

“Some of the comments I made some years ago that are generating controversies now were based on my understanding of religious issues at the time, and I have changed several positions taken in the past based on new evidence and maturity,” he said.

However, many Nigerians would not be pacified and are asking for his to quit, as captured in these reactions.

Apology is not enough. If we are a serious Nation, Pantami should be sacked and then charged to court. Take a look at number (5) of the terrorism prevention act.
#PantamiResignNow pic.twitter.com/hY8lVNgrM9

Now that Isa Pantami has renounced his extremist ideology, he should do the right thing and resign from office.

If he truly wants to make up for his past, he should continue the work of engaging and de-radicalising young jihadis, not handle national affairs. #PantamiResignNow

Everyone condemned them and non asked for forgiveness to continue as a minister.

A supporter of Taliban and al-quaeda. #PantamiResignNow

Today is 18th of April, 2021 and Isa Pantami, Al-Qaeda sympathizer and Osama Bin Laden's supporter is still the Minister of Communications and Digital Economy in the Federal Republic of Nigeria.#PantamiResignNow

If @DrIsaPantami can renounce his views and still keep his job , we definitely shld make Evans the kidnapper chief of defense staff since he regrets his action then. A Govt of insurgents apologists fighting insurgency. How cool is that ? ????????‍♂️#PantamiResignNow

This is not about age. I was once a teenager too - and I never supported killing people of different religions or beliefs. #PantamiResignNow

Today is another day to remind us that an Al-Qaeda sympathizer and Osama Bin Laden's supporter should never be our comm Minister.
He can never be trusted with personal contact details of 'Enemies of Allah'
#PantamiResignNow

Age has everything to do with radicalism. We've seen old & young turn suicide bombers.

Pantami saying he was young when he held those terroristic ideologies isn't no excuse at all#PantamiResignNow, begin an evangelism of deradicalization. He has no biz handling public affairs

D hypocrisy of Northern Nigeria where I come from is legendary.

I remember how we campaigned vigorously for d resignation of Kemi Adeosun over some forged NYSC certificate but now see hw 'we' are defending Pantami who has confessed to loving global Terrorists.#PantamiResignNow

I was on the Governing Council of ATBU, Bauchi. Pantami was the initiator of several fatal religious flare ups @ Bauchi. He was even kicked out of ATBU Mosque for his inciting sermons. His staying on further divides Nigeria! #PantamiResignNow#PantamiWillStay

Just imagine that the data of a country is in the hands of a terrorist sympathiser. Chai! #PantamiResignNow

Pantami has now renounced his extremist views? Logically, that is an admission of guilt — that he's an extremist.

The honourable thing to do now is for him to resign. Failure, we'll force him out of office by mass action. It is the patriotic thing to do. #PantamiResignNow

Those who starts the trend of #PantamiWillStay says we're hating isa pantami because he's a Muslim. He just admitted that he was not mature when he supports Taliban & al-Qaeda. In a sane country he would have been sacked & jail by now instead of saying #PantamiResignNow.

My only problem with Pantami is how he deceived us by showing his fake concern over Boko Haram killings during Good-Luck Jonathan's tenure, but today B/Haram, Banditry and kidnapping is a normal thing in Arewa and Pantami is no longer crying. #PantamiResignNow

Nobody is talking about the enhanced Broadband penetration over of 10% achieved within a year all thanks to Dr Pantami leadership.#PantamiMustStay and complete the good work.

Since Isa Pantami has admitted to these allegations against him, I wonder why he hasn't been fired?

Isa Pantami is a serious THREAT to our National security.

I don't know why it us hard for presidency to fire him. #PantamiResignNow

The revelations we have seen lately of Pantami are very weighty to be considered lightly, as a southern, i am worried, especially by the posture & body languages of not only Pantami but PMB & his govt.

The govt must wake up and purge itself of these baggages.#PantamiResignNow pic.twitter.com/U2GKR7b3T6

Days after so many revealing videos images and documents have dropped, not a comment from the Presidency on Isa Pantami. Pin drop silence. Never have we had it this bad. #PantamiResignNow

In a very sane country, governed by people who have shame and know the right thing, @DrIsaPantami would have honourably resigned by now but this is Nigeria!

You just can't shame the shameless.#PantamiResignNow

Attack on persons with high repute in Nigeria is not a new trend,it has been happening and it will Continue to happen as long as we practice democracy.#PantamiMustStay #PantamiWillStay #PantamiStays #PantamiWillNotResign pic.twitter.com/HQw5nq1RwN

His crime is performing his duty with sincerity of purpose. #PantamiMustStay and complete his good work.

#PantamiMustStay, You don't need a marabout to tell you, the gangup against Pantami was well calculated. They started with fake news and then used influencers to amplify it. Pantami has never been queried for his beliefs even when he was leaving a country like Saudi Arabia.

it starts with false allegations, It didn't work then you start digging into his past. Seems like someone/some people are desperate to find him at fault

Why now? What happened? Why#PantamiMustStay