Ike Onyeama, an ex-housemate of the Big Brother Naija (BBNaija) reality TV show, says his happiest moment in this life was after his last re... 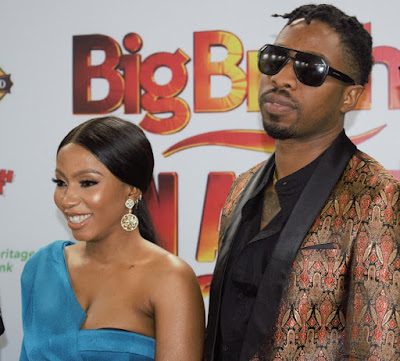 Ike Onyeama, an ex-housemate of the Big Brother Naija (BBNaija) reality TV show, says his happiest moment in this life was after his last relationship ended.

The reality star spoke in a recent chat with SpiceTV Africa. He also shared a video clip from the interview on his Instagram page.

“I am usually very particular about the relationship advice I give because I don’t like to give advice on something I’m not an expert on,” he said.

“I had a couple of girlfriends but my best advice right now is guys, just make sure you are happy because a relationship involves a lot of work and sacrifice,” he said.

“Don’t jump into it until you are ready, trust me. A real relationship only works when you have the right partner. My happiest moment in life was when I got out of my last relationship.”

Mercy Eke had been romantically involved with Ike during their time in the 2019 reality TV show, which she eventually won.

In a recent Q&A session on her YouTube channel, Mercy had warned fans not to bother her on issues related to her relationship with Ike while reiterating that they are no longer together.

“First of all, a breakup happened. We are done like done done done. I see a lot of people say it is part of their stunt, listen, I don’t stunt, you see that ship? It sank a long time ago,” she had said.

“I’m in a happy place, he is good, he is living up, I’m good, I’m living up and I think we should just put an end to this. Stop flooding my timeline with this silly question. We are over. So let’s just keep it moving, we are done.”

In November 2020, she had also revealed that she is married to one ‘Mr H’, her mystery man, and has totally moved on with her life.

She brought the revelation to light at about the same time when Ike had promised to publish a book that will address his relationship with Eke.