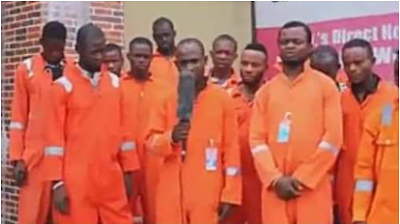 The General Overseer, Apostle Chibuzor Chinyere told NAN that they turned a new leaf after evangelism organised at the church’s rehabilitation centre.

He said it was easy for them to go back to their old ways because they had no place to start new lives.

“I decided that the best way to approach them is to change their environment and that became the first step.”

Chinyere recalled they were baptized and taught the word of God on complete liberation from crime.

Noting that some of the ex-criminals were outlaws for many years, the cleric said the Police decided not to go after them for surrendering willingly.

The GO disclosed that one of the repented men who submitted three AK-47 riffles was taken to the police headquarters in Rivers for biometrics and documentation of the weapons.