I lost movie roles, girlfriend for lying about my gay status -Uche Maduagwu

Uche Maduagwu, the self-acclaimed Nollywood actor, says he lied about his gay status. Maduagwu had in January posted on his Instagram ha... 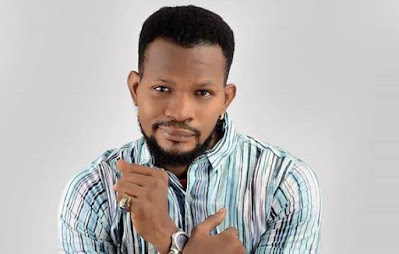 Uche Maduagwu, the self-acclaimed Nollywood actor, says he lied about his gay status.

Maduagwu had in January posted on his Instagram handle that he was “proudly gay” — a development which generated heated controversies.

He had also enjoined Nigerians to embrace one another regardless of their different choices as demonstrated by Jesus Christ.

“Appreciate others and share only love. We need to respect peoples’ choices, and not to judge them. So, let us practice Jesus’ kind of love,” he had said.

But in an Instagram post on Monday, Maguagwu said he was merely fighting for those in the Lesbian, Gay, Bisexual and Transgender (LGBT) in Nigeria.

“Dear fans I am not gay. I lost movie roles endorsement and my girlfriend fighting for Lesbian, Gay, Bisexual and Transgender (LGBT) in Nigeria,” he wrote.

Maduagwu, however, said he has no regret using his “celebrity status” to fight for the “beautiful” LGBT community.

“Oh my God! Even my girlfriend left me despite knowing I was fighting for LGBT right in Nigeria but I no regret using my celebrity status to fight for this beautiful community,” he added.

The graduate of sociology from the Lagos State University (LASU) has faced backlash on numerous occasions over his knack for controversies.

He had last year alleged that he was sexually assaulted on a Lagos movie set in 2012 while reflecting on the prevalence of the scourge in the film industry.

“Honestly, anytime I remember how I was molested and raped by a male actor on my first movie location in Lagos, I cry bitterly,” he had said.

Beautiful Lady Who Was Born With Male Genes Finally Speaks Out, Says She Is Still Attracted To Men (Details below) 0

I Have 23 Oil Wells in Niger-Delta, I Won’t Allow Anybody to Divide Nigeria – Sultan of Sokoto (Details below) 0

Tragedy struck on Thursday night, as an unconfirmed number of passengers were reportedly burnt to death in a road accident.