Real Madrid president, Florentino Perez, has said Cristiano Ronaldo’s return to the club “does not make sense”, as he has a contract with Ju... 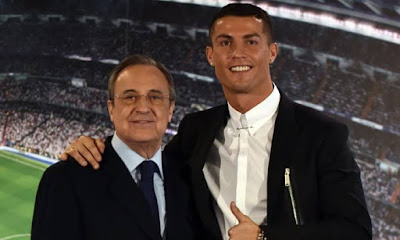 Real Madrid president, Florentino Perez, has said Cristiano Ronaldo’s return to the club “does not make sense”, as he has a contract with Juventus.

Perez stated this while making an appearance on El Chiringuito TV on Monday night.

“Cristiano Ronaldo will not come back to Real Madrid.

“It does not make sense, he has a contract with Juventus,” Perez said.

Ronaldo has been continuously linked with a return to the Santiago Bernabeu.

The Portugal captain has a contract with Juventus until 2022, but the Serie A champions are believed to be considering cashing out on him.

Reports have claimed Juve will offload the 36-year-old, in order to accelerate the progression of the likes of Federico Chiesa and Dejan Kulusevski.