Hakeem Odumosu, the police commissioner in Lagos State said statistics have shown that armed hoodlums who operate on motorcycles or Okada, a... 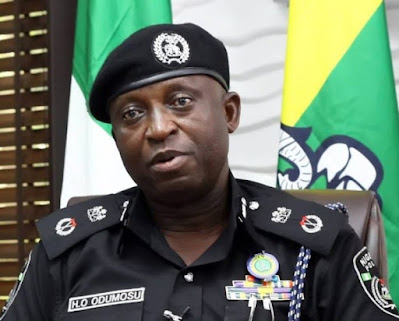 Hakeem Odumosu, the police commissioner in Lagos State said statistics have shown that armed hoodlums who operate on motorcycles or Okada, are responsible for the bulk of crimes.

Odumosu made this known while appraising the security situation in the state at a stakeholders’ meeting on Monday in Ikeja.

He said hoodlums had found motorcycles as a veritable means of escape from the scenes of crime.

According to him, crime reports from the field in the last five months have shown that the hoodlums are responsible for armed robbery, cultism, kidnapping, murder, burglary and stealing, among others.

”It has also been established that Okadas are being illegally used as a veritable means of conveying hard drugs from one point to another.

“The consequences of spreading of hard drugs and its consumption are better imagined than said.”

The police chief said traffic robbery, carjacking, movement of arms and cash-snatching from bank customers had been traced to armed hoodlums who operate on Okada.

Odumosu said that a large section of Lagos populace had come to regard commercial motorcycles as a necessary evil, hence, government should take more drastic measures against their notoriety.

He said that in the five months under review (January to May 9), 192 Okada riders had died from 280 accidents.

The CP said that the number of deaths recorded in road accidents and crime committed with the use of Okada across the state, had assumed a worrisome dimension as the statistics had continued to rise.

He said available record in the command revealed that in January 90 Okada accidents occurred; February (76), March (101), April (84) while in May till date 34 Okada accidents had been recorded.

He said out of the 192 deaths, February recorded 37 cases of deaths, March had 58 fatality cases while 14 died within 7 days in May.

Odumosu said that Okada accidents on the roads were mostly caused by recklessness and lawlessness of the riders.

He said that it was common sight in Lagos metropolis to see Okada operators ride recklessly on highways, facing oncoming road users, especially during peak periods.

He urged the state government to provide further stringent measures that would curtail the excesses of commercial motorcycle operators.