The Rivers State Governor, Nyesom Wike has vowed that his administration would not back down on the fight against criminal elements in the... 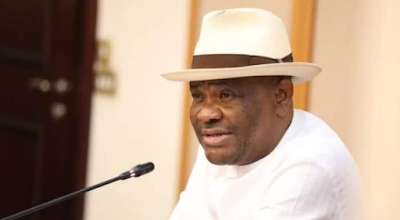 The Rivers State Governor, Nyesom Wike has vowed that his administration would not back down on the fight against criminal elements in the state, stressing that no secessionist agenda would be entertained in Rivers.

The governor who stated this on Monday during a state broadcast in Port Harcourt said the Rivers Government was not intimidated by attacks on security agencies in the state.

“We wish to assure every resident that we are not intimidated by the sporadic and cowardly attacks on predetermined security targets by faceless criminals on our soil; neither will we be cowed into succumbing to a baseless and doomed secessionists agenda”, he stated.

“We have reviewed, and for the moment, declined the pressure on the State Government to activate our youth to defend the State from these terrorists because we don’t want to complicate our very delicate security situation by creating opportunities for some other monsters to emerge.

“We are determined to deploy everything at our disposal to advance the safety and security of lives and property in our state and nothing will stop us from defeating the evil forces presently threatening our individual and collective security.

“We continue to appeal to members of the public to understand with us in the midst of the economic troubles that our actions may inflict as our one and only aim is to achieve and sustain the maximum security of lives and property in our dear State”, Wike added.