The Directorate of Public Prosecution (DPP), Lagos State Ministry of Justice, has ruled out any possibility of releasing Nollywood actor, ... 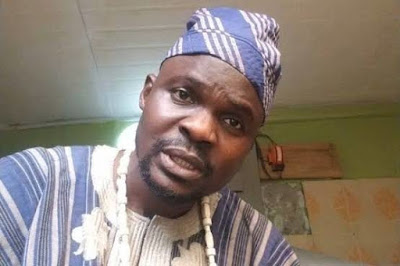 The Directorate of Public Prosecution (DPP), Lagos State Ministry of Justice, has ruled out any possibility of releasing Nollywood actor, Olanrewaju James aka Baba Ijesha, on bail.

The DPP insists the thespian has a case to answer in his sexual assault case.

On Friday, Adejobi said that the DPP advised the police to still detain Baba Ijesha, because the case against him “is sexual assault by penetration”.

“Invariably sexual assault is more like defilement too, considering the age of the victim.

“Baba Ijesha is being kept with the police not within our own power, but because of the legal advice from the DPP pending when Baba Ijesha’s case will be charged to court.

“If the DPP has advised us to release Baba Ijesha, we will have released him,” Adejobi added.

He added that Baba Ijesha’s case was initially bailable, based on the statement that his offense was based on indecent assault which was a bailable offense.

Adejobi disclosed after the DPP investigated the case file, the police was advised not to release Baba Ijesha on bail pending when he will be charged to court.