Aisha Yesufu, co-convener of the Bring Back Our Girls (BBOG) movement, has tackled the northern leaders who opposed the recent decisions of ... 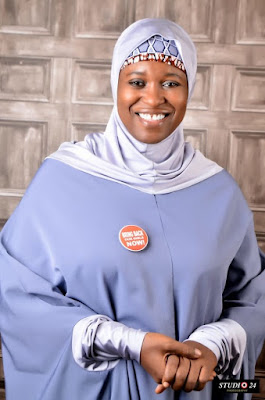 Aisha Yesufu, co-convener of the Bring Back Our Girls (BBOG) movement, has tackled the northern leaders who opposed the recent decisions of southern governors regarding the nation’s development.

Governors of the 17 southern states had on Tuesday met in Asaba, Delta state capital, to discuss the state of the nation.

After the meeting, the governors called on President Muhammadu Buhari to be fairer in political appointments, convene a national dialogue, embrace the calls for restructuring and ban open grazing.

But their resolutions were kicked against by some leaders from the north including Senate President Ahmad Lawan and Yahaya Bello, governor of Kogi state.

In a video she posted on Twitter, Yesufu said nobody has the monopoly of selfishness, as the northern governors had also met in the past to decide on issues affecting for their regions.

“I see some people coming out to say the southern governors do not have a right to make the decision for A, B, C, D.

Dear Southern Governors
Una do well!
For every North there is a South and no region has monopoly of being self centred & intolerant!
We all can be crazy & everyone has bed in psychiatric hospital. Na who wan occupy am dey go there!
Full video on https://t.co/xt18umUCFM pic.twitter.com/1Cg0uN7Y4L

She added that Nigeria will finally be restructured when southern and northern leaders meet to decide on the way forward for their people.