Alisson Becker was the hero as Liverpool come from one goal down to beat West Bromwich Albion 2-1 in a thrilling Premier League encounter at The Hawthorns on Sunday, May 16.

The Brazilian goalkeeper threw everything on the line after leaving his goalpost to contend for the ball in what appeared to be the last kick of the game in the opposition's danger zone.

His move however paid off as Trent Alexander-Arnold's corner kick met his head and went straight into the top corner of the post. 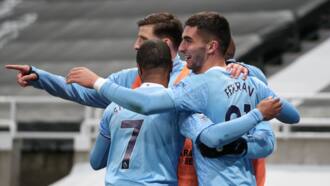 The victory ensured Jurgen Klopp's men retained their fifth position on the table with just two games to go this season. They are one point behind Chelsea with both hoping to qualify for Champions League next season.

Hal Robson-Kanu grabbed the opener for the hosts barely 15 minutes into the encounter with a stunning striker from within the 18-yard box.

The 31-year-old got a superb pass from Matheus Pereira in the third quarter of the field before making a run into the box then placed the ball into the bottom left corner of the post.

Mohamed Salah combined well with strike partner Sadio Mane to level parity for the Reds in the 33 minutes. The Egyptian struck the ball from the edge of the box after receiving a fantastic pass from the Senegalese.

And the game was looking like it was going to end in a draw after both sides failed to find the back of the net for the most part of the second half but the audacious move from the keeper made the difference. 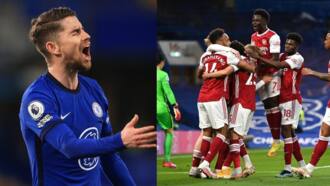 Alisson joined the rest of his teammates in West Brom's danger zone for the last corner of the game and ended up heading the ball straight into the back of the net as the Merseyside outfit claim maximum points away from home.