Manchester City manager, Pep Guardiola, has said he wants to sign a prolific striker ahead of next season. The Premier League champions are ... 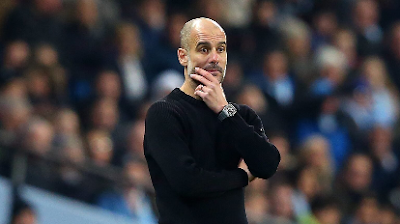 Manchester City manager, Pep Guardiola, has said he wants to sign a prolific striker ahead of next season.

The Premier League champions are believed to have narrowed their choices to Tottenham Hotspur’s Harry Kane and Erling Haaland of Borussia Dortmund.

A striker is top of Guardiola’s wishlist this summer, with Sergio Aguero leaving the club.

Guardiola, speaking ahead of their final home game of the season against Everton, admitted he wants a front man who can get him up to 50 goals a season.

“I’d love to have a striker who got 50 goals a season, honestly.

“At the same time, I don’t like to put all the pressure on one player.

“In Barcelona, Lionel Messi, every season since he was born, scored 50 a season.

“Thierry Henry scored a lot in the first season and Samuel Eto’o scored a lot – what a striker,” Guardiola said.