Bede Eke, a member of the house of representatives from Imo state, has accused security agents of extrajudicial killings in his constituen... 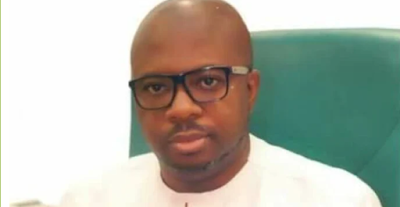 Bede Eke, a member of the house of representatives from Imo state, has accused security agents of extrajudicial killings in his constituency.

Speaking to journalists on Thursday, Eke alleged that the security operatives deployed in Imo following the death of Ahmed Gulak, a chieftain of the All Progressives Congress (APC), have been killing people.

Both the Nigerian army and police have been contacted to respond to the allegations.

Gulak was shot dead on Sunday by gunmen while returning to Abuja from Owerri, Imo state capital.

Eke, who represents Aboh Mbaise/Ngor Okpala constituency, said since the APC chieftain’s murder, soldiers and police officers have been indiscriminately arresting and killing innocent residents in the area.

“I want to tell you that we’ve had casualties, some of my constituents have been killed, and we expect the police, army, military to unravel these killings,” he said.

“These are innocent people. We lost a young man and the family has written to the Nigerian army. But I want to tell you that we the people of Aboh Mbaise are not happy with it. As the representative of my people, for us, I want to make it known to the world that we are waiting for the outcome of that petition.”

Eke further alleged that many shops have been destroyed in the area, adding that his constituents are innocent and have no hand in Gulak’s murder.

“I am giving the Nigerian army 14 days to respond to the killing of that gentleman, who left a pregnant and expectant mother, that is, his wife, then two children — one is three years old, one is two years old. What will become of those children?” he asked.

“The question we are asking security agents is, why are you after my people? That the man was killed close to the airport — we host the airport — does that mean we are the killers of Gulak? The answer is no.

“We are not killers, but if anything happens on our land, the police should take their time to investigate and unravel the perpetrators of these crimes. I have pictures, I have videos of people being killed. Our people can no longer sleep in their houses.”