The house of representatives committee on public accounts has asked Mohammed Nami, executive chairman of the Federal Inland Revenue Servic... 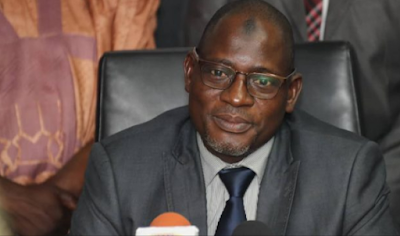 The house of representatives committee on public accounts has asked Mohammed Nami, executive chairman of the Federal Inland Revenue Services (FIRS), to resign if he isn’t interested in appearing before the panel.

The committee is investigating dwindling revenue of the federal government as reported by office of the auditor-general of the federation.

Nami was invited to explain the circumstances surrounding the non-payment of taxes by Indorama Petrochemical, Indorama Fertilizer and Petrochemical Ltd — all foreign firms —and OIS Indorama, Eleme, Port Harcourt.

He, however, failed to appear on Wednesday, and sent a representative instead.

Oluwole Oke, chairman of the committee, ruled that Nami must appear before the lawmakers on Thursday, otherwise the panel will invoke its constitutional power.

There has been concern over poor payment of taxes to the federal government causing it to lose huge revenue monthly.

Two of the firms listed in the report before the lawmakers are said to be enjoying duty waivers and capital allowances, while the firm in Port Harcourt reportedly operates on an export free zone.

Abdullahi Abdulkadir, deputy chairman of the committee, lamented the non-appearance of Nami, saying it would prevent the panel from carrying out a proper investigation.

Oke wondered why an appointed official of government would turn down the invitation of the parliament at will.

He said Nami should “turn in his letter of resignation immediately”, if he can’t honour the invitation of the lawmakers.

“This parliament is the symbol of democracy. We are the representatives of the people. If President Muhammadu Buhari can cause appearance before the parliament whenever the need be, why not his appointees?” Oke queried.

“Enough is enough. If the FIRS boss cannot perform his constitutional responsibilities again, he should turn in his letter of resignation immediately.

“Is this how he wants to pay back Mr President who gave him the appointment? The nation is losing billions of naira from tax evasion on a daily basis, and the man in charge is expected to come to the parliament so that a solution can be found on how to stop the ugly development, but he has refused to honour the invitation.

“Based on the seriousness of this, the FIRS boss is to cause physical appearance before this honourable committee by 10am on Thursday. We are determined to stop this nonsense. The nation is bleeding.”