The Deputy Governor of Edo State, Comrade Philip Shaibu, has said that the state cabinet will be formed in few days by Governor Godwin Oba... 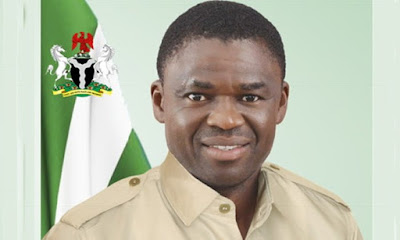 The Deputy Governor of Edo State, Comrade Philip Shaibu, has said that the state cabinet will be formed in few days by Governor Godwin Obaseki, saying the delay was to ensure that the people who voted in the government are part of picking the commissioners.

Shaibu stated this on Sunday while speaking to journalists shortly after the Fathers Day ceremony at St Paul Catholic Church, Benin City where he also served as a chief mass servant during the service.

He said, “We will get a cabinet very soon. The process of getting the names started from the grassroots. This governor will not appoint people all by himself. He prefers that the people should nominate those that they feel should run the affairs of the state.

“I am sure the best hand will be nominated by the people to serve their interest in the belief that together we will take Edo State to a great height,” he added.

He said serving as a chief mass servant, which he said is the fourth time he is doing so, reminded him of his days as an altar boy in Barnawa, Kaduna State.

On the significance of Fathers Day celebration, the deputy governor said, “Today (Sunday) reminds us that as fathers we should play our role not only in our homes but in our workplace and the society.

“As a country, the president is the father of the nation. The 36 state governors are fathers of the 36 states and they should act as fathers to the country and to their states, and when that is done, prosperity will abound.

“Chief executives of companies should act as fathers in their various establishments. Those who find themselves in various positions of authority should also see themselves as fathers. With this, Nigeria will be a better place. We should amplify those things that unite us and make positive statements at all times.

“For all fathers, we should play our roles at home just like Joseph did to protect Mary and little Jesus when he was born,” he added.

Earlier in his homily, Rev Fr. Edwin Omoregbe urged the church and particularly women to appreciate the men who he said were not duly appreciated by society.