No fewer than 14 bandits who attacked a police station in Katsina-Ala Local Government Area of Benue State have been killed. It was gathered... 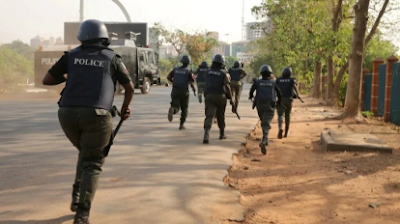 No fewer than 14 bandits who attacked a police station in Katsina-Ala Local Government Area of Benue State have been killed.

It was gathered that the incident occurred on Sunday norning when the assailants invaded the police station to launch a reprisal attack on the operatives for arresting some of their members.

This was contained in a statement issued by the state’s Police Public Relations Officer, Anene Sewuese Catherine.

The statement reads, “on 19th June, 2021 five bandits were arrested and detained at Kastina-Ala Police Division for investigation and prosecution.

“On 20th June, 2021 at about 0130hrs more than fifty other gang members of the detainees mobilized and invaded the police station to rescue their counterparts”.

“Officers at the division who were already at alert engaged them in a gun duel and were able to subdue the bandits. Fourteen (14) of them were brought down during the exchange of fire while several others escaped with gunshot injuries. Operatives in the area are currently on the trail of suspects at large.”

While assuring people of Kastina-Ala town of adequate security from the force, DSP Anene advised members of the public to avail every useful information about the bandits to the police.