Father’s Day is a day set aside to honour fatherhood and paternal bonds, as well as the influence of fathers in society. In most parts of th... 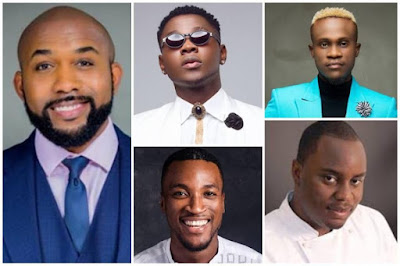 Father’s Day is a day set aside to honour fatherhood and paternal bonds, as well as the influence of fathers in society. In most parts of the world, Father’s Day is commemorated on the third Sunday of June.

On this special day, some Nigerian celebrities who are celebrating Father’s Day for the first time are being highlighted below;

In January this year, popular singer Banky W, and his actress wife, Adesua, welcomed a bouncing baby boy, Zaiah. The couple tied the knot on November 19, 2017.

On May 1, 2021, Nigerian popstar, Kizz Daniel, got a birthday gift that he will cherish for the rest of his life — a set of twins.

Shortly after the arrival of his bundle of joy, the Woju singer took to his verified social media accounts to share the good news.

However, he has yet to reveal the mother of his children.

The actor announced the arrival of his baby girl in February 2021 via his Instagram page.

The 27-year-old announced the arrival of his child via his Instagram page.

He accompanied the post with a picture of himself, the newborn baby and the mother with smiles etched on their faces.

The proud dad, while celebrating his 33rd birthday, shared the sweet news on his Instagram page, revealing that their bundle of joy had been named Adeoreofe.