The two South African brothers accused of fleeing with investors funds, Raees and Ameer Cajee, have denied scamming people who invested in their cryptocurrency exchange.

The brothers own Africrypt, a crypto exchange that is now shutdown. The company had written to investors that it was hacked, and police shouldn't be informed about the incident.

According to BBC, John Oosthuizen, the lawyer representing the Cajee brothers said the accusations have no merit or foundation supporting they scammed their users. 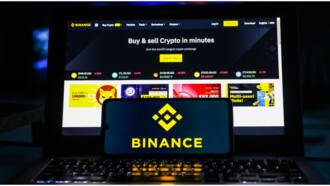 "There is no foundation to the accusation and there's no merit to those accusations."

"They maintain that it was a hack, and they were fleeced of these assets."

Hanekom Attorneys, a law firm hired by investors, had claimed that the two South African brothers moved $2.2 billion worth of bitcoin from their investors wallet.

In an effort to make it untraceable, Raees and Ameer reportedly transferred the cryptocurrency to bitcoin tumblers and mixers, and Bloomberg reported last week that they are no where to be found.

Meanwhile, Legit.ng had previously reported that the United Kingdom banned operations of Binance Exchange from the country and warning the public against the crypto.

The UK said Binance is not licensed to operate cryptocurrency trading as it hasn't secured approval. The firm is the biggest digital currency exchange platform in the world.

Binance was told to also end advertisements in the country and also told to include warning sign on its website for UK citizens.