Arsenal is ready to splash cash this summer and could bring in five more players, according to The Athletic. Nuno Tavares is the only confir... 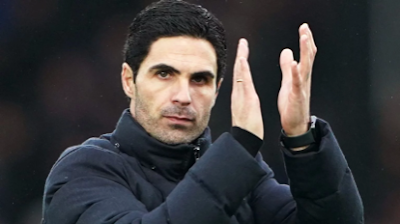 Arsenal is ready to splash cash this summer and could bring in five more players, according to The Athletic.

Nuno Tavares is the only confirmed arrival for the Gunners so far after they agreed to a £6.8 million deal with Benfica.

Reports claim they have also agreed to a £50 million fee with Brighton for Ben White.

Having conceded 39 goals in 38 games in the last campaign, Arteta believes Ramsdale’s shot-stopping qualities could benefit Arsenal next term.

Arteta is also said to be in the market for a new right-back to replace Hector Bellerin, who could leave the club this summer. The Spaniard is likely to leave after 10 years in North London, with Juventus interested.

Aarons is understood to be the likely choice to replace Bellerin.

The Arsenal boss also wants an experienced playmaker to operate alongside Thomas Partey in midfield. He has identified £35m-rated Ruben Neves as his primary target for the role.

As Wolves are said to be open to selling their star man, Arsenal chief Edu has been in contact with the player’s agent Jorge Mendes to discuss a deal.

Edu is also interested in acquiring a new No 10 after watching Martin Odegaard impress during his loan spell with Arsenal last season.

As a result, Arsenal are “ready to pounce” on the opportunity to sign Odegaard permanently from Real Madrid if he becomes available this summer.