The Economic and Financial Crimes Commission EFCC has dragged the founder of Daar Communications, Raymond Dokpesi before the Supreme Court s... 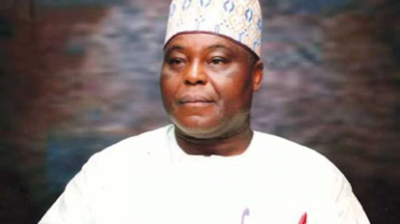 The Economic and Financial Crimes Commission EFCC has dragged the founder of Daar Communications, Raymond Dokpesi before the Supreme Court seeking an order of the court to uphold the N2.1bn corruption charges it filed against the media giant.

The EFCC through its lead counsel, Mr Rotimi Jacobs, a Senior Advocate of Nigeria SAN is asking the apex court to restore the charges against Dokpesi for the continuation of his trial in the alleged money laundering charges against him.

A notice of appeal to that effect has been filed at the Supreme Court to challenge the April 1st 2021 judgments of the Court of Appeal, Abuja division which voided and set aside the corruption charges.

Among other things, the anti-graft agency is claiming that the panel of the Court of Appeal which freed Dokpesi and terminated his trial, erred in law by holding that prima facie case was not established against Dokpesi at the closure of its case against the media giant.

EFCC asked the apex court to set aside the decision of the Court of Appeal and order Dokpesi to go back to the federal high court in Abuja for the continuation of his defence in the alleged N2.1bn contract scam.

One of the counsels to EFCC, Mr Oluwaleke Atolagbe confirmed to our correspondent that the anti-graft agency has filed notices of appeal against the judgment of the appellate court at the Supreme Court.

The Court of Appeal in Abuja had on Thursday, April 1 quashed the N2.1bn money laundering charges filed against the founder of DAAR Communications by EFCC.

The appellate court had upheld the no-case submission made by Dokpesi and DAAR Communications charged along with him in the seven-count criminal charge.

In a judgment in an appeal filed by Kanu Agabi (SAN) on behalf of Dokpesi, Justice Elfreda Oyebisi Williams-Dawodu held that the EFCC failed woefully to establish prima facie case against the appellant in all the charges

Justice Williams-Dawodu further held that the ingredients of the offences were not provided by the prosecution as required by law at the time it closed its case.

The appellate court agreed with Agabi that being a predicate offence, the ingredients of the offences against the appellant must be clearly provided, adding that it is clear that none of the offences was established in line with provisions of law.

The court further held that EFCC failed to prove that the N2.1 billion allegedly received by the appellant as payment was a proceed of breach of trust.

Based on the Court of Appeal verdict, Dokpesi, moved to the federal high court, Abuja asking it to make an order unfreezing his accounts and also release his documents in the custody of the court.

Counsel to Dokpesi, Mr Kanu Agabi (SAN), in motion on notice told the court that the frozen accounts and documents were connected to the money laundering allegation levelled against Dokpesi.

Agabi added that the Court of Appeal had since quashed the charge.

“My Lord, it is a straightforward application and we are prepared to proceed if the court permits,” Agabi said.

Meanwhile, the Chief Judge of the federal high court, Justice John Tsoho has fixed Monday, July 19 for arguments by both parties in the matter.