Cotonou, Benin Republic - Reports have indicated that the Yoruba Nation agitator, Sunday Igboho, may face 21 years imprisonment if he is found guilty of using a forged passport from the Benin Republic.

There were claims on social media that Igboho was arrested with a fake Beninese passport in the West African country while trying to catch a flight to Germany.

But his lawyer, Ibrahim Salami told the BBC Yoruba Service that the claims were untrue. He said no Benin Republic passport was found on Sunday Igboho when he was arrested. 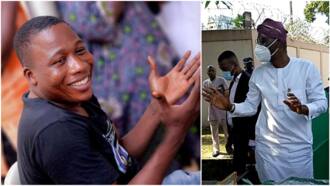 However, a lawmaker in Benin identified as Tolulase has expressed fear over the fate of Igboho.

According to The Punch, Tolulase in an interview with the BBC Yoruba Service noted that possessing a fake Beninese passport attracts a maximum sentence of 21 years imprisonment if found guilty.

He said if Igboho used a fake passport from the country, the authorities will eventually find out.

He explained that the only way non-citizens can get a passport in the Benin Republic is if they are legally married to a citizen of that county.

The lawmaker also stated that passports in Benin are linked to the National Identity Card.

‘’You can see it’s not easy. So, if you procure a fake one, you’ll be uncovered because you don’t have a National Identity Card. The details are linked.

“The card must have a family name. About three to five of your relatives must confirm to the government that they know you and your early years. 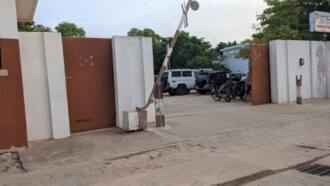 “It is after they testify that the court will issue the card, which can then be used to apply for a passport. If such is doctored, the punishment is 21 years’ imprisonment. It’s a serious offence.''

Meanwhile, Sunday Igboho is reportedly cooling his heels at the Economic and Financial Brigade station in Cotonou, Benin Republic.

Known in Benin Republic as Brigade économique et financière (BEF), it is seen as an equivalent of Nigeria’s Economic and Financial Crimes Commission (EFCC)

BEF is said to be one of the buildings located within the premises of the ministry of interior and public security in Benin.