Dambazau counters Kukah, says 95% of victims of insecurity in north-east are Muslims

Abdulrahman Dambazau, former minister of interior, says Muslims make up the majority of victims of insecurity in the north-east. Mathew Ku... 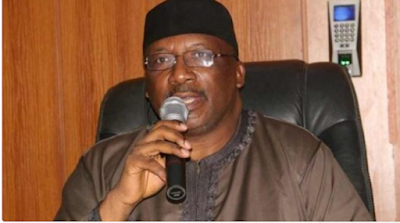 Abdulrahman Dambazau, former minister of interior, says Muslims make up the majority of victims of insecurity in the north-east.

Mathew Kukah, Catholic bishop of Sokoto diocese, in an address to the US Congress Commission, had accused President Muhammadu Buhari of showing preference to people of his religion which according to him, has worsened the rivalry between Christians and Muslims.

Kukah said the Buhari administration has failed to address insecurity but the presidency had replied the Catholic bishop, accusing him of trying to sow discord and strife among Nigerians.

Speaking on security challenges in the country in an interview with The Nation, Dambazau said contrary to Kukah’s claim, most of the victims of insecurity in the north-east are Muslims.

The former minister said although churches and Christian pastors have been attacked, mosques and Islamic clerics have not been spared.

“We all know that the main thrust of this crisis is in the northeast, and most of the victims, without contradictions, I will say more than 95 percent, are Muslims,” Dambazau said.

“The concentration of this violence is in Zamfara, not far from where he (Kukah) lives.

“And he knows that 99 percent of the people in Zamfara are Muslims and almost on a weekly basis, we hear of 40s, 50s and 60s being killed by these bandits in Zamfara.

“So, for him to use that as a way of Christian persecution is what really surprised me. I think as a bishop and man of God, if he is fighting any kind of injustice, he should fight for humanity.”

Dambazau said the insecurity issue is not about religion or a particular set of people but that Kukah is making the situation “look as if it is a systemic issue that maybe the government is coming out, as a matter of policy, to persecute these people”.