The Socio-Economic Rights and Accountability Project (SERAP) has filed a suit against President Muhammadu Buhari over the directive of the... 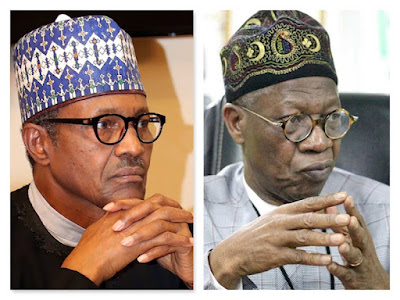 The Socio-Economic Rights and Accountability Project (SERAP) has filed a suit against President Muhammadu Buhari over the directive of the National Broadcasting Commission (NBC) on the reportage of insecurity.

Lai Mohammed, minister of information and culture, and the NBC are joined as defendants in the suit marked FHC/ABJ/CS/725/2021.

In a letter dated July 7 and signed by Francisca Aiyetan, director of broadcast monitoring, the NBC had directed radio and television stations not to “glamourise the nefarious activities of insurgents, bandits and kidnappers” in their reports.

But SERAP and the Centre for Journalism Innovation and Development, a CSO, have asked the court to declare NBC’s directive illegal.

They are asking the court to determine if the directive “is not inconsistent and incompatible with section 22 and 39 of the Constitution of the federal republic of Nigeria 1999 (as amended], Article 9 of the African Charter on Human and Peoples’ Rights and Article 19 of International Covenant on Civil and Political Rights”.

They are also seeking, among other things, “a declaration that the daily newspaper review by broadcast stations in Nigeria and the factual reporting of incidents of insurgency, attacks by terrorists and bandits and reports about victims in parts of Nigeria is legal, constitutional and in furtherance of Nigerians’ rights to information, freedom of expression, media access and media freedom.

“An order of perpetual injunction restraining the defendants or any other authority, whether jointly or severally, persons or group of persons from unlawfully shutting down, imposing fine, suspension, withdrawal of license or doing anything whatsoever to unlawfully impose sanctions on any or all of Nigeria’s broadcasting stations for broadcasting reports of insecurity or insurgency, attacks by terrorists and bandits and reports about victims in Nigeria or any part during the daily newspapers reviews.”

According to the plaintiffs, “factual reporting on the growing violence in parts of Nigeria is a matter of public interest”.

“The NBC directive to journalists and broadcast stations to stop reporting these cases, coupled with the possibility of fines and other punishment, would have a disproportionate chilling effect on the work of those seeking to hold the government accountable to the public,” they added.