Yoruba kings in Benin Republic are meeting currently meeting in Adjohoun, a town over 60 kilometres away from Cotonou, to discuss the arre... 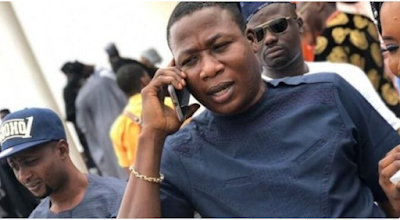 Yoruba kings in Benin Republic are meeting currently meeting in Adjohoun, a town over 60 kilometres away from Cotonou, to discuss the arrest and prosecution of Yoruba Nation activist, Sunday Igboho.

Kings and chiefs of Yoruba origin, who believe they are brothers with Sunday Adeyemo, who was recently arrested in Cotonou, are seeking ways to help the activist who is wanted in Nigeria.

One of the kings present is Alajashe of Ajase from Port Novo, alongside his counterpart from Seme.

The kings are being hosted by Alajohoun of Adjohoun in his palace, tens of kilometres away from Port Novo.

The court of appeal sitting in Cotonou will continue hearing the case by the Federal Government of Nigeria against Igboho, who has been held in Benin for nearly seven days.

Igboho’s lawyers are confident that under the law, it will be difficult to extradite Igboho back to Nigeria, but a political outcome was not out of the question, and that may be beyond them.

There is a thriving Yoruba community in Benin Republic, with nearly two million people of Yoruba origin in the country.

According to the country’s 2013 census, Yoruba people make up more than 10 percent of the entire population of the country, and only behind the Fon and Adja & Mina ethnic groups.

Asides Nigeria, Benin has the highest population of Yoruba people anywhere in the world.