Chimamanda Adichie has reacted to the backlash that hit her prolonged feud with Akwaeke Emezi. Both authors had made headlines over the ... 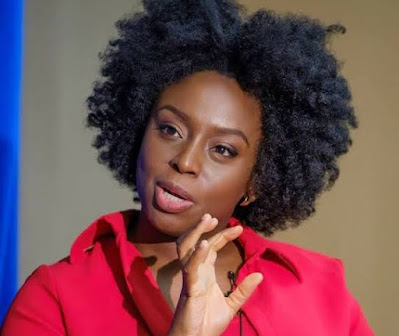 Chimamanda Adichie has reacted to the backlash that hit her prolonged feud with Akwaeke Emezi.

Both authors had made headlines over the latter’s protracted criticism of the former’s opinion on trans women.

Chimamanda had stated that “trans women are trans women” but Emezi had accused her of being transphobic.

In a chat with CNN’s Christiane Amanpour, Chimamanda reacted again to the heated backlash that trailed the development by maintaining her stance. She said she refuses to subscribe to an orthodoxy that “makes no sense”.

“I don’t believe there’s such a thing as absolute free speech but I do think it’s possible to go too far in thinking about issues of social justice. I think it’s easy to patronise an oppressed group in the name of protecting them,” she said.

“Legitimate criticism is a thing. Hounding people for having an opinion that comes from an emotionally intelligent place is another. I think that, as human beings, we should have a kind of nuanced thinking to distinguish them.

“It’s very easy to say you can’t criticise cancel culture because it means you want to get away with violence. It’s entirely possible to have real conversations that are uncomfortable. We do not all have to agree and disagree.

“I’m a person who believes strongly in the rights of minority and oppressed groups. But, again, it’s really a question of, ‘I think for myself ‘. I’ve read books and I just refuse to participate in an orthodoxy that makes no sense to me.”

“I didn’t understand the backlash after my trans talk”

On cancel culture, Chimamanda said she didn’t understand the backlash that met her comment on trans women.

“I didn’t see why there was such backlash over something I thought was fairly innocuous and self-evident,” she said.

“I think it’s a larger problem of people feeling compelled to conform. Social media is not about exchanging ideas in good faith. It’s about a kind of shallow performance and you have people repeating mantras they can’t even explain.

“They don’t really understand and they’re terrified of asking questions because of the possibility of backlash. I just refuse to participate in a kind of orthodoxy that to me, doesn’t make sense.

“There’s so much talk about free speech in the US and Western Europe. But it is the part of the world where one is compelled to say things in a particular way, otherwise, the censure that you get is terrible. I find that troubling.”

Chimamanda had earlier narrated her “alienation” from Catholicism, alleging that females were often harassed.

Amid the interview, the author further touched on why she returned to church despite her opinion on Catholicism.

I returned to church amid hunger for comfort after my parents died, says author

According to her, she had found comfort in catholic “rituals” in an attempt to cope with the death of her parents.

“My parents were catholic and Igbo. We had the catholic mass which I found surprisingly comforting. I did the readings at the masses in both languages. Mass was a central part of my parents’ lives,” the 43-year-old stated.

“There’s the Igbo part, which is like a celebration. I felt upset at the thought of celebrating. I didn’t want to bloody dance. But I found it comforting to be surrounded by people and hold up my parents’ photographs in mourning.

“One of the things that grief has taught me is how it brings a kind of hunger for comfort and answers. And one often turns to religion. And so what’s happened to me is that I started going to mass, which I hadn’t done in years.

“I wanted to start to perform the rituals that brought so much comfort to my parents. So, I’m going to a church my parents went to. There’s something about just sitting and imagining them there. Death is so final and unknowable.

“I think it only makes sense to try and find answers in incomplete things. I find myself looking for answers and a certain kind of religious ritual is not so much giving me the final answer but a kind of peace.”