A Ghanaian police officer, Lance Corporal Simon Agbeko, known for his self-financed benevolent deeds toward the deprived and society, has disclosed that it is a calling.

In an interview, the junior police officer indicated that God revealed his purpose to him and aligns the people who deserve upliftment from their conditions to him for assistance.

According to Lance Corporal Agbeko, although he had faced setbacks, including some people claiming he is attempting to make the ruling government unpopular, he has no ill intentions toward anyone. 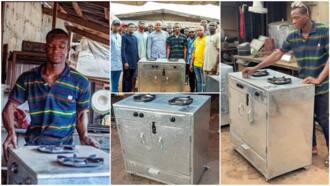 ''It's God's calling. God has accepted my work. Though people are saying that I'm trying to make the government unpopular with my donations, that is not the case,'' he said with a calm voice.

''I have no ill intentions towards anyone,'' he added.

Though the prevailing pandemic has derailed many planned activities, Lance Corporal Simon Agbeko has proven to be unstoppable.

His quest to uplift the underserved in communities urges him.

''I provided a walking aide and foodstuff to a 70-year-old woman at Awoshie in Accra. The woman couldn't walk and needed help badly; I decided to step in to assist her with my own money."

The Ghanaian police officer disclosed that he would continue to bring exposure to the stories of the deprived by reaching out and donating to them.

''I will be donating to thank God for his goodness in my life and the recent award I received. I started this three years ago, and finally, people are beginning to recognise it. I don't do it for the awards, but I'm happy I have acknowledgement,'' he said. 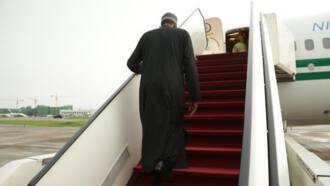 Meanwhile, Legit.ng previously reported that a kind Nigerian police officer had paid the school fees of 19 students in SS3.

A member of the Punch editorial board, Joel Nwokeoma, who disclosed this on LinkedIn said that the students are from Ezechma Senior Secondary School in Aniocha North local government in the state.

He further said that the police officer is from the Galilee Police State in Ute Ogbeje. Joel revealed that the young pupils were so joyful when they realised what she did.