Kano, Kano - Malama Zahra’u Umar, a commissioner for women affairs in Kano state, has revealed that her loving husband and father of her children was her teacher while in secondary school.

In an exclusive telephone chat with Legit.ng's regional reporter, Adewunmi Adeoye, the commissioner stated that the man’s extreme kindness and his being God-fearing tickled her fancy which propelled her to consummation.

My husband is a God-fearing person 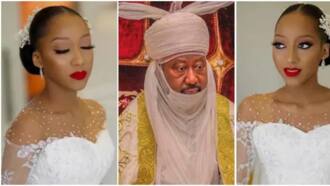 She said her husband usually said she works too much and that she is involved with a lot of people; hence, he usually tells her to have some rest.

“I met my husband when I was in secondary school and he was our teacher. I am not going to lie here, he is extremely kind and fears God and these were the characteristics I longed for in a man and thanks to the almighty because he gave me.

“On what she wants me stopped, he always advises me to have some rest because I'm always working and involved with people and other work-related stuff."

She divulged that she is being dubbed with the name"Uwar Marayu" which means mother of orphans because of the level of impact she has been making on the lives of the less privileged. 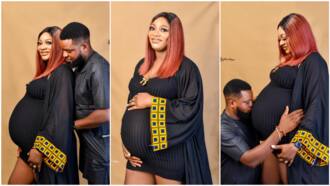 Sometimes I went to bed in tears: Nigerian woman shamed by many finally gives birth to twins

Meanwhile, Legit.ng had previously reported that Halifa Abdullahi in Kano state was ordered to sweep Fagge Juma’at mosque for 30 consecutive days as his punishment for stealing eight copies of the Holy Quran.

It was reported that the directive was given by a Sharia court sitting at Fagge Ya’n-Alluna that was presided over by Bello Musa-Khalid, on Tuesday, August 17.

It was gathered that Abdullahi was accused of burgling a mosque at Tudun Maliki area Sunday night, August 15, and carting away eight copies of the holy book.

The suspect a resident of Yola quarters in Kano metropolis was however apprehended by security guards of the mosque.

Abdullahi pleaded guilty to the offence after Abdul Wada, the police prosecutor, read the charges against the accused.