The National Judicial Council, NJC, has recommended the appointment of Chief Judges and 30 others as Judicial Officers to beef up judicial... 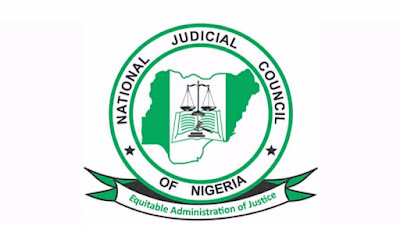 The National Judicial Council, NJC, has recommended the appointment of Chief Judges and 30 others as Judicial Officers to beef up judicial functions in some states and the Federal Capital Territory, FCT.

At its 95th meeting held on September of 15 & 16, 2021, the council considered the list of candidates presented by its Interview Committee and recommended the 36 successful candidates to their respective state governors for appointment as Heads of Courts and other Judicial Officers in Nigeria.

Three Judges are recommended for high court of Gombe and they are Zainab Abdulkadir Rasheed, Abdussalam Muhammad and Daurabo Suleiman Sikka.

Akwa Ibom has one, Effiong Asukwo Effiong. Bauchi has one, Nana Fatima Jibril, while Kaduna high court has Abdulkarim Mahmud

Kogi State has three candidates and they are

Two Kadis for Sharia Court of Appeal are Adamu Kuna Jibril and Ahmed Baba Bala, while the four for Bauchi are Musa Sani Abubakar, Mahdi Manga, Khamis Al-Hamidallah Muhammad and Sani Musa with Ondo State having one in the person of Orimisan James Okorisa and Oyo Customary Court of Appeal having Ajadi Olubukola Omolayo.

A statement issued on Sunday by NJC Director of Information, Mr Soji Oye and released in Abuja, said that all the recommended candidates are expected to be sworn-in after approval by the President, Muhammadu Buhari, GCFR and their respective State Governors and confirmation by the respective State House of Assembly.