Chairman of the Southern Nigeria Governors’ Forum and Ondo State Governor, Oluwarotimi Akeredolu, has said that the amendments sought by t... 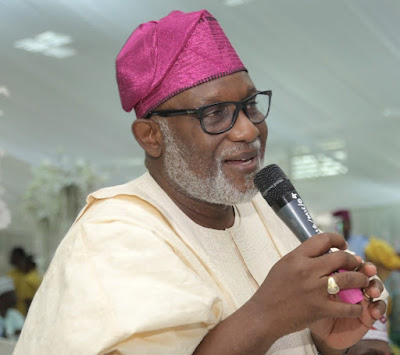 Chairman of the Southern Nigeria Governors’ Forum and Ondo State Governor, Oluwarotimi Akeredolu, has said that the amendments sought by the Federal Inland Revenue Service, FIRS at the National Assembly on the controversial Value Added Tax will be killed at the State House of Assemblies.

Governor Akeredolu who said the law does not give power to the federal government to collect VAT and share it with other states, adding that the VAT should be under the state.

“That’s the position of the law. The FIRS seeking for amendment is a confirmation that they don’t have the power. The amendment will be dead on arrival. Why seek an amendment to a constitution when the provision is so clear.” Akeredolu explained.

“You can only collect VAT on behalf of the states and hand their money over to them. You can only take a percentage there to help us to collect the money.”

Carrying of weapons banned in Kwekwe and Gokwe

The Zimbabwe Republic Police (ZRP) has banned the carrying of dangerous weapons in public in Gokwe and Kwekwe districts for the next three months.Midlands police

The Central Bank of Nigeria, CBN on Saturday, revealed that President Muhammadu Buhari has been scheduled to formally unveil the e-Naira on Monday. DAILY POST recalls