Jose Mourinho suffered his first defeat as Roma manager after they lost 3-2 to Hellas Veron in Serie A on Sunday. A stunning volley from Mar... 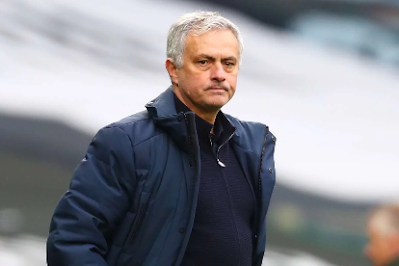 Jose Mourinho suffered his first defeat as Roma manager after they lost 3-2 to Hellas Veron in Serie A on Sunday.

A stunning volley from Marco Faraoni proved decisive, as the hosts ended Roma’s 100% start to the season.

It was also their first win of the campaign, taking them out of the relegation zone.

Mourinho’s men appeared to be on course for another three points after Lorenzo Pellegrini scored with a sublime back-heel flick.

However, after the break, goals from Antonin Barak and Gianluca Caprari changed the game around.

Ivan Ilic’s own goal levelled things up in the 58th minute, before Verona again took the lead five minutes later through Faraoni.

Roma are now fourth on the table with nine points.

“We didn’t play very well, we didn’t adapt well to their way of playing,

“We lost many individual duels. I need the videos, I need a few hours to better understand what happened,” Mourinho told DAZN.