Controversial Nollywood actor, Uche Maduagwu, has dropped yet another comment while taking a jibe at a fellow actor, Jim Iyke.

Uche and Jim recently clashed after the former called him out for either being a ritualist or fraudster because of the huge amount of money he splashes on movies. Jim later tracked him down to his office and beat him up in a viral video. 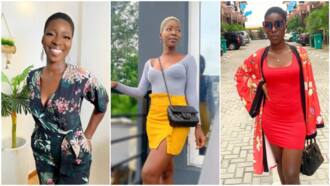 Man gave me his business card instead of collecting my number - Lady laments in video, seeks advice

As if the beating was not enough, Uche is back again at Jim, and this time, it is the battle of who will marry Tonto Dikeh.

The controversial actor is of the opinion that Tonto can't be impressed with money because she is rich already. He said she is only looking for true love that only he can offer.

"Tonto Dikeh is already the most successful actress for Nollywood, keep your Oba wealth, she go follow me not you, a woman that provided for all her ex financially and even made dem celebs is interested only in true love not more money."

He also vowed to make Tonto smile again, referring to her as a 'great woman of God'. He revealed that Jim Iyke came to his office to cause trouble because of Tonto.

He looks so slim: Nigerians raise voices of concern as Olu Jacobs pays surprise visit to wife on movie set

"Why you think Jim Iyke dey do wahala with me? Single mums are the best, they should be honored and respected. I will not invite Jim, Obi and zubby to our traditional marriage."

A couple of internet users have started reacting to Uche's claims. Legit.ng captured some fans opinions in his comment section. Read below:

"I thought u don't do woman? Abi u don change ur sexual orreintation overnight.. Are you afraid of 14 years?"

"So you won’t stop this you will soon cry."

"Who is around carry this man go put for chain because things is getting out of hand... cry dey smell."

Uche Maduagwu slams 2Baba for running to US

Legit.ng earlier reported that Uche Maduagwu lashed out at Nigerian music star, 2Baba, for travelling to America while his family is not settled back home. 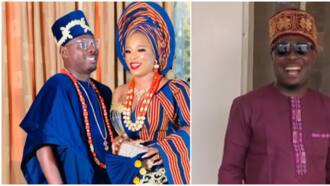 I don't need him to love me: Kunle Afod's wife replies lady who claims the actor has impregnated another woman

Uche also likened 2Baba to President Buhari who always travels out whenever there is a problem in Nigeria.

The actor finally appealed to 2Baba not to lose a good woman like Annie.