Some unknown gunmen have attacked Hilltop International Premium Hotel at Tunga-Maje in the Gwagwalada Area of the Federal Capital Territory,... 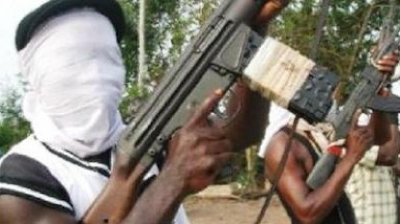 Some unknown gunmen have attacked Hilltop International Premium Hotel at Tunga-Maje in the Gwagwalada Area of the Federal Capital Territory, FCT Abuja.

It was gathered that the incident which occurred on Tuesday night, claimed the life of a police officer when security operatives engaged the assailants in a gun battle.

Three other persons who were lodging in the hotel prior to the attack sustained several degrees of injuries during the incident.

“She said, “some gunmen attacked the hotel last night and police officers engaged them in a gun battle. Unfortunately, one of our men paid the supreme price”.

When asked if there has been any arrests in that regard, she said, “no suspect has been arrested yet but the command has commenced investigation into the incident”.

Recall that a similar incident had occurred in the hotel in June, when a former member of the Kogi State House of Assembly, Friday Makama and eight occupants of the facility were kidnapped.