The Buhari Media Organisation, BMO, on Thursday, accused the spokesman of the Northern Elders Forum, NEF, Hakeem Baba-Ahmed of working for... 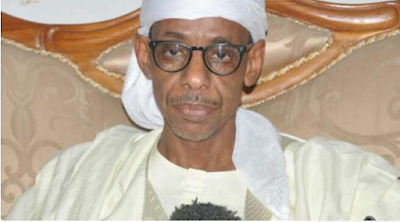 BMO claimed that Baba-Ahmed was discreetly running errands for Saraki.

The group made the remark while berating the NEF spokesman over his criticisms of Buhari government.

However, BMO said NEF was made up of some persons who are the interests of a few disgruntled politicians.

BMO stated this in a statement by its Chairman, Niyi Akinsiju and Secretary, Cassidy Madueke on Thursday.

The group said Baba-Ahmed was criticizing Buhari due to his inability to get appointed into the current Federal Government.

The statement reads partly: “We need to let Nigerians know what the so-called Northern Elders Forum is.

“For the avoidance of doubt, we want to state that Baba-Ahmed is on a revenge mission because he was not appointed into the administration of President Buhari.

“It is also common knowledge that he is running errands for his former boss, Bukola Saraki, under whom, as president of the Senate, he served as the Chief of Staff.”