One talented woman, Mackenzie Klimek, decided it was time to live on her own and leave her family. The woman says she bought a panel van used all over the world to transport goods as a delivery van.

Without any experience or knowledge of DIY, Klimek used YouTube as a source of learning as she built her own space in the Ford van. The woman has also thanked her uncle, Gary, whom she credits for all the guidance. 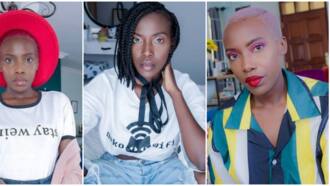 I don't want to give birth or be a mum, I just want to be a mother of cats; Lady blows hot, Nigerians react

Klimek says her car feels like a home now and took to Instagram to share a number of snaps as she enjoyed time in her own space. Although media reports indicate that she didn’t have issues with her family, she felt she couldn’t move into an apartment.

She renovated the van into a beautiful home

According to Metro, the 27-year-old lady from Minnesota in the United States of America bought the van in July last year and renovated it into a beautiful mini home.

At the same time, The Mirror also covered the article and they reported that Klimek is an actuarial analyst and couldn't shake the feeling that she was living in someone else's home.

“When I first bought Floyd, I was constantly feeling a shout-from-the-rooftops kind of excitement with so much to learn, purchase, and build. Now that it’s complete, we’ve hit the road and settled into our new routine. 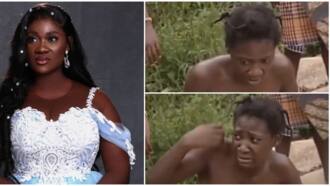 "My excitement has calmed into contentment, and I’m relieved to find that it really does feel like home. I’m so proud of what we (Uncle Gary & I) have built and look forward to the many adventures ahead."

Meanwhile, Legit.ng previously reported that a kind man had built a fine tiny house that moves on wheels for a homeless 60-year-old woman.

Despite her situation, the woman still showed a positive attitude to life and this was how she developed a relationship with her benefactor Elvis Summers who would later build the tiny house. 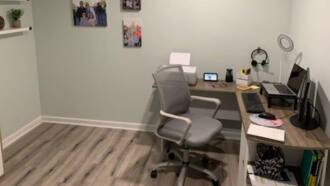 Elvis Summers who is said to have a place he resides in Los Angeles disclosed that the woman usually greets him each morning he passes by.