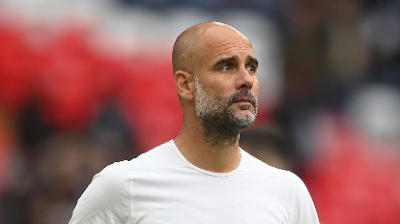 Manchester City boss, Pep Guardiola, has confirmed the player that will miss his side’s Champions League clash against Paris Saint-Germain on Tuesday night.

According to Guardiola, Ilkay Gundogan will miss Man City’s away Champions League clash with PSG in Paris due to injury.

The Spaniard said this on Monday during his pre-match press conference.

The City boss also said Gundongan would return to action for the Premier League champions after the international break.

“Ilkay (Gundogan) is out (from Man City’s clash with PSG) until after the international break,” Guardiola said.

Guardiola also gave the latest update on Aymeric Laporte and Ruben Dias ahead of the PSG clash.

He added, “Ruben and Aymeric are playing well again, but I know John will be ready.

“He is a lovely human being and he will show the quality he has. Sometimes to rotate, sometimes, you have to wait.

“And then every time you play, play well! Now Ruben and Aymeric are playing well.”