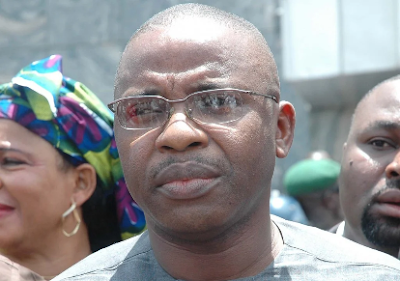 Recall that Ohakim and one Chinedu Okpareke were dragged to the court by the police over allegations of threatening and harassing Mrs. Chinyere Amuchienwa.

In the five-count charge dated November 25, 2020, the police alleged that Ohakim and Okpareke, knowingly and intentionally transmitted communication through a computer system to harass and bully Amuchienwa, an offence that is punishable under Section 24(1)(a) of the Cybercrime Act 2015.

According to the charge, Ohakim and Okpareke were alleged to have threatened to release a nude photograph of Amuchienwa, if she fails to drop charges of attempted kidnap against them.

Following the development, Justice Taiwo Taiwo ordered the Attorney-General of the Federation (AGF) and Minister of Justice to take over the prosecution of Ohakim from the Inspector-General of Police at the resumed trial on Monday.

In his ruling, Justice Taiwo held that there was no doubt that the AGF had unfettered powers to take over the prosecution of any case at any point.

He said that the AGF could do that as long as judgment had not been delivered in such a case.

The judge said since the constitution had given the AGF such powers, the court could not give effect to the notice of discountenancing filed by the police.

He held that the application by the police to discontinue the matter lacked merit and upheld the argument by the AGF to take over prosecution of the matter.

He subsequently adjourned the matter until Oct. 21 for the arraignment of the former governor and beginning of trial, NAN reports.