Gunmen on Tuesday allegedly invaded the palace of Emir of Rafi Local Government Area of Niger State. The gunmen, it was gathered, stormed th... 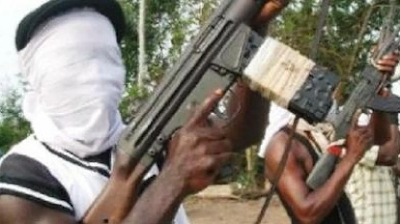 The gunmen, it was gathered, stormed the palace around 6pm.

It was gathered that the gunment arrived on about 20 motorcycles, carrying three persons each, and shooting sporadically to scare residents of the area.

It was learnt that a lot of traders in the Kagara market abandoned thier goods and scampered for safety on hearing the sporadic gunshots.

A source said residents of the area have fled to the bush for safety to avoid either being kidnapped or killed by the armed gunmen.

“The armed men arrived on twenty motorcycles through the Madaka road from where the Kagara boys were kidnapped some months back, this evening. They attacked the Emir’s Palace and the Kagara market. People were running helter skelter for safety. We cried to the security agencies and they arrived to help us. Many have left their homes and taken refuge in the bush.

“The situation is bad now because of the network that has been jammed. We don’t know what is happening,” the source stated.

Our Correspondent also gathered that during the attack, the Emir of Kagara Alh Ahmed Garba Gunna Attahiru II was not in the palace as he had been away from the town for a while.

Efforts to get the reaction of the Chairman of Rafi LGA, Alh Ismaila Danmodibo, failed as he could not be reached.

When contacted, the state Police Public Relations Officer, PPRO, Wasiu Abiodun, promised to get back to our reporter on the matter.