Saraki fumes as Kwara demolishes library named after his father

The Kwara State Government has demolished the Sola A. Saraki Library Complex.   The building was named after Second Republic Senate Le... 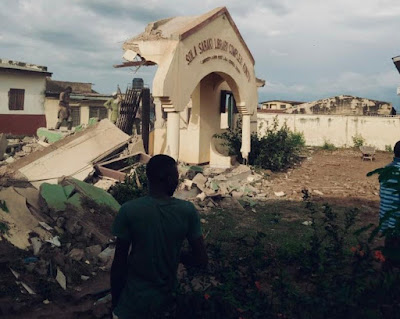 The Kwara State Government has demolished the Sola A. Saraki Library Complex.

Reacting, his son, Bukola Saraki, expressed displeasure and shock at the decision of the Governor Abdulrazaq Abdulrahaman administration.

The former Senate President said the facility is owned by Ilorin West LGA in Kwara State and long was named after the deceased.

“Wow! I just got the news that the major official assignment carried out by the governor of my state, Kwara, today, is the demolition of an old public library named after my late dad, Dr. Olusola Saraki.

“May Almighty Allah continue to retain a place for Oloye in Aljannah Firdaus,” the ex Governor tweeted.