How far will you go to give your mother the bathroom of her dreams? For one young man identified as Rahul Jalil, he decided to gut his mum's old bathroom before he got to work, building a brand new one.

He shared the before and after pictures on social media and this got many gushing.

The man shared photos of the old look of the bathroom side by side its transformed state. 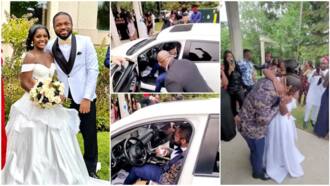 Man sheds tears of joy as Nigerian wife gives him car on their wedding day, video and photos stir reactions

What had formerly looked like something in a desolate area now wears a look of a bathroom obtainable in a 5 star hotel.

Many people ask Rahul to renovate their bathrooms too and plenty more jokingly ask to be this young man's second mother.

There are also those who praised his work, asking about the cost of renovations.

"Fixed is too humble, you installed another bathroom."

"Do you need another mother? I can be one too. How much did it cost you?"

"Think you're in the wrong job! My dream home eat your heart out. Mum must be very happy."

"You are an amazing son. Congrats on meeting your goals!"

"Da*mn, I'm really an adult 'cause this sexy as hell." 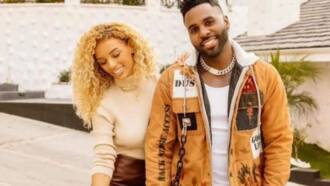 Meanwhile, Legit.ng previously reported that a man had renovated his mum's house in style.

The young man lost his father but the person who struggled so much with the untimely demise is none other than his wonderful mother.

The faithful son transformed her house into a home through a simple renovation that gave every corner the facelift it deserved.

The walls were changed from a dull shade of green to a bright, sunny shade of yellow. He then placed a plasma TV in the living room and reupholstered the seats to a cool navy blue.

“It has been a tough year to many of us. I lost my dad and could not travel to pay my last respect. My mum has been struggling after dad died so I wanted to do something special for her."