Prices of items in Owerri, Imo State capital, have gone up astronomically as residents engaged in panic buying ahead of the arraignment of M... 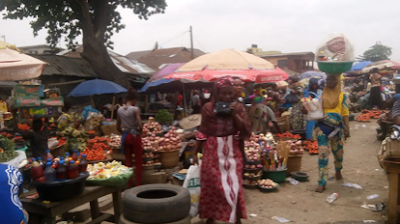 Prices of items in Owerri, Imo State capital, have gone up astronomically as residents engaged in panic buying ahead of the arraignment of Mazi Nnamdi Kanu, leader of Indigenous People of Biafra, IPOB, on 21 October.

Recall that a faction in IPOB had said Thursday is the only day its members should exercise sit-at-home to honour its leader, Kanu, as he is expected in court.

The group also threatened to shut down the South East if their leader was not produced in court on that day.

Residents of the Heartland City have continued to engage in panic buying until late evening on Wednesday as families sought to stock their homes out of fear that the order may lead to scarcity of food items.

It was observed that some markets on Wednesday evening, learnt that prices of food items like meat, tomato at Akwakuma market, Eke Ukwu Owerri market, a major market in the city, have gone up drastically.

A meat trader, Mr. Anayo Emeana, who confirmed the development, said that cows are very costly now but irrespective of the hike, the people are still buying because their children will not eat food with meat.

A journalist, Nkechi Ojukwu told newsmen that the prices of foodstuff have gone up within this period because people are trying to stock their homes with food items ahead of October 21 sit-at-home order by IPOB.

She said, “I’m buying foodstuff for my family, which will serve us until after Monday. The cost of things is so high that by the time you buy one or two things your money is finished,” she lamented.

An onions trader at Eke Ukwu Owerri, Musa Ibrahim, said the rush had caused the cost of food items to go up astronomically in the market.

“I don’t know what will happen on Thursday and people are buying food items to stock their kitchens,” he said.