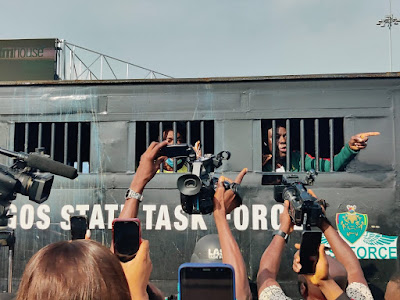 The commemoration of the October 20 Lekki toll gate shooting by the military took place on Wednesday.

Sanwo-Olu directed that all innocent and peaceful citizens picked up be freed immediately.

Only the man caught at the toll gate with dangerous weapons, including a machete, will be prosecuted.

“Everyone arrested in connection with the protest have all been released, except an individual that was caught with dangerous weapons.

“He who confessed to the police that he joined the protest to cause mayhem,” the governor disclosed.

Sanwo-Olu commended the police for being alive with its responsibility to identify and isolate troublemakers from among law-abiding people.

The Lagos helmsman appealed to youths to be stakeholders in the development of the state and reiterated his commitment to reconciliation.

Sanwo-Olu urged them to join the rebuilding effort to restore the operating capacity of institutions affected in the destruction recorded in 2020.