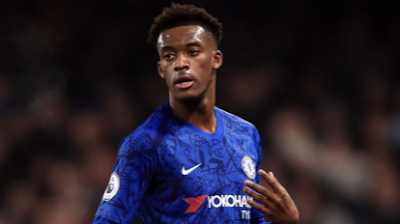 Tuchel also said that Hudson-Odoi, 20, needs to help as a right wing-back occasionally.

The German said this following Chelsea’s 4-0 win over Malmo in the Champions League on Wednesday evening.

Chelsea defeated Malmo, thanks to a brace from Jorginho and a strike each from Andreas Christensen and Kai Havertz.

Hudson-Odoi delivered an impressive performance on the left flank of Chelsea’s attack as Tuchel acknowledged his display against the visitors.

“This is his best position, I know,” Tuchel told beIN Sports.

“But we know the half left position upfront is his best position.”

Chelsea’s next match is against Norwich City in the English Premier League, EPL, on Saturday.