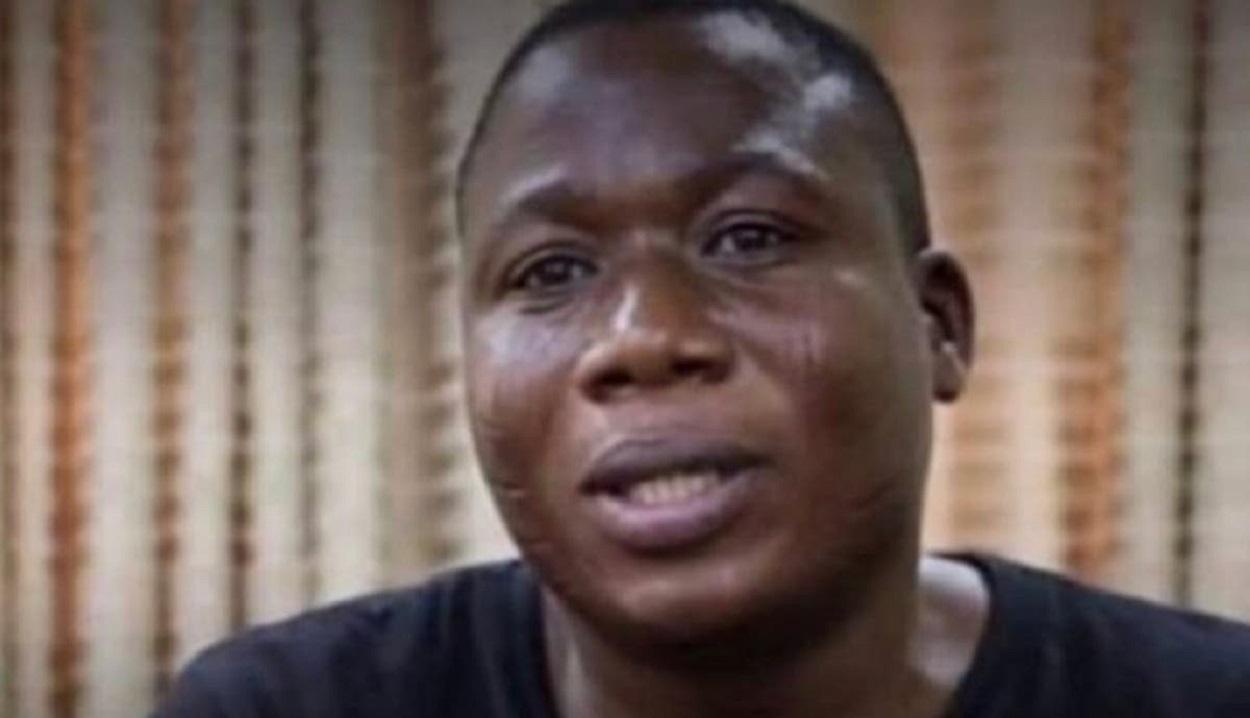 The Federal Government, on Friday, said its investigations identified a federal lawmaker in the National Assembly as a major financier of Yoruba nation agitator, Sunday Adeyemo, popularly known as Sunday Igboho.

The Attorney-General of the Federation and Minister of Justice, Mr. Abubakar Malami, SAN, who made the disclosure while briefing newsmen, however declined to reveal the identity of the said lawmaker.

He said the information would be made public at the appropriate time.

According to him, an investigation that was carried out by a 24-member Ad-hoc Committee that was constituted by President Muhammadu Buhari, equally linked Igboho to 43 bank accounts in nine financial institutions in the country.

He said a report that was submitted to FG by the Committee which has members that were drawn from the Federal Ministry of Justice (MoJ), Federal Ministry of Information (MoI), Nigeria Police Force (NPF), Department of State Services (DSS), National Intelligence Agency (NIA), and Defence Intelligence Agency (DIA), exposed that Igboho is a Director and signatory to a company, Adesun International Concept Limited, which was registered on April 23, 2010.

The AGF, who also disclosed that he was the head of the investigative Committee, named two other persons, Oladele Oyetunji and Aderopo Adeyemo as Igboho’s co-Directors of the company.

He said: “The major financier of the fugitive and separatists was found to be a Federal Law Maker in the National Assembly.

“A total sum of one hundred and twenty-seven million, one hundred and forty-five thousand Naira only (127, 145, 000. 00) was received by Igboho from his financiers between 22nd October, 2013 and 28th September, 2020 through Adesun International Concept Ltd accounts.

“A total sum of two hundred and seventy-three million, one hundred and ninety- eight thousand, two hundred Naira only (N273,198,200.00) transaction outflows was recorded from Sunday Igboho’s account between 15th March, 2013 and 11 the March, 2021.

“It might be recalled that Abbal Bako & Sons and its promoter Abdullahi Umar Usman are suspects in the on-going Joint Terrorist Financing Investigation. Abdullahi Umar Usman is by way of financial transaction connected to Surajo Abubakar Muhammad (who was sentenced to life imprisonment in UAE on charges of financing terrorism [Boko Haram].

“This report shows the nexus between separatists’ agitation, terrorism financing and disruptions of peace in the country.
The report found connections of financial transaction between Adesun International Concept Ltd (belonging to Igboho) and some construction companies and businesses among others.

“Having received the reports, the Federal Government remains resolute in its determination to have a peaceful Nigeria. The Federal Government will do the needful, within the context of the legal provisions, in ensuring that the matter is giving the deserved attention and those found guilty will be made to face the wrath of the law”, Malami added.

It will be recalled that operatives of the Department of State Services, DSS, had in the wee hours of July 2, raided Igboho’s Ibadan residence, an operation the agency confirmed led to the death of two persons and the arrest of about 13 others.

The DSS, through its spokesman, Dr. Peter Afunanya, said it carried out the raid after intelligence reports revealed that Igboho stockpiled weapons in his house.

The agency thereafter launched a manhunt for Igboho who was subsequently arrested in neighbouring Cotonou, Benin Republic, while trying to travel to Germany.