FG reacts to gunmen attack on correctional facility in Ibadan

FCT, Abuja - The federal government has reacted to the armed attack on Abolongo custodial centre in Ibadan, the Oyo state capital, with a stern warning on all prisoners who escaped during the incident to return immediately.

In a statement released by the minister of interior, Ogbeni Rauf Aregbesola and sent to Legit.ng by his spokesman, Sola Fasure, the government assured members of the public to go about their normal businesses, adding that the situation is under control. 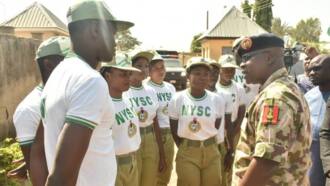 “The minister of interior has been briefed on the attack. He is monitoring the situation.

“He has assured members of the public to go about their normal businesses as the situation is under control.

“He also requires members of the public to report any suspicious movement or any sign of the escaped inmates and the gunmen in and around the vicinity to the nearest security post around them.

“Security agencies are on the trail of the escaped inmates, while a joint security services manhunt has been launched immediately for the apprehension of the assailants.

“This has led to the capture of some of the inmates while others returned voluntarily. However, those who are on the run are advised to turn themselves in, as an escape from lawful custody is a serious offense. The full weight of the law will be brought on them when arrested!” 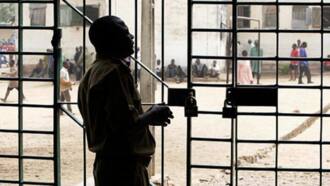 How the attack on the facility occurred

Legit.ng had earlier reported that the armed squad unit members of the Nigerian Correctional Service and other security agencies on guard at the facility engaged the attackers in a gun duel that lasted for 20 minutes before they were overpowered.

The attack left the facility in disarray with warders scampering for safety.