List of some unresolved murder and assassination cases in Nigeria

For years, many Nigerians have been killed while their killers have not been found by security agencies.

In this article as reported by Punch Newspaper, Legit.ng lists some of these murder and assassination cases who killers are yet to be unmasked. 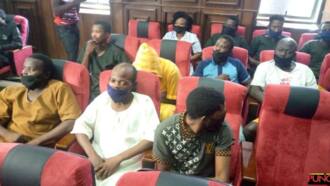 Badeh was shot dead along the Abuja-Keffi Expressway on December 18, 2018, while returning from his farm.

He was brutally murdered in his Abuja residence before the 2003 presidential election.

In 1990, Odeleke died mysteriously in Abuja. According to an official report, he was killed by a hit-and-run driver, but the family was not allowed to carry out a post-mortem to ascertain the cause of his death.

On November 12, 1995, James Kalto, a journalist and a former writer with Tell and Tempo, was abducted and murdered. 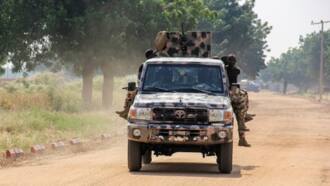 In 2002, Barnabas Igwe, chairman of the Nigerian Bar Association (Onitsha branch), and his wife, Abigail, were murdered.

On May 4, 2012, Comrade Olaitan Oyerinde, the Principal Private Secretary (PPS) to the Edo state Governor, Comrade Adams Oshiomhole was assassinated.

Meanwhile, Governor Samuel Ortom of Benue state on Sunday, October 3, claimed that some persons are plotting to assassinate him.

Ortom made this allegation at the Sesugh Maria Pilgrimage Center Ayati, Gwer East local government area of the state.

He also claimed that those who are behind this plot are planning to hire killers from Sudan to attack him.